We are delighted to announce that Cllr Paul Follows has been selected as the Liberal Democrat Prospective Parliamentary Candidate (PPC) for South West Surrey for the forthcoming General Election - an election that we are expecting could be held before Christmas.

Paul, who lives in Godalming, has played a key role in helping the Liberal Democrats re-establish our position locally.  first by winning his own by-election in December 2017, and then in leading the team that helped take control of Waverley Council in May this year. 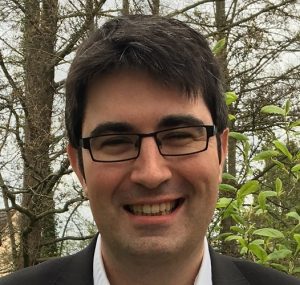 Both the national and the local party believe we have a real opportunity in South West Surrey to not only campaign to Stop Brexit, but even to win the seat! In the referendum the local Remain vote was 58.4%, meaning there are thousands of people who have previously voted Conservative, but voted against Brexit; and who we can ask to vote for us this time.

However, to do this we need your help. If you have any time over the next few weeks to help with our campaign please get in touch. You could help with deliveries, canvassing or campaign work. Or perhaps you have data, marketing, social media or PR skills or experience that you could contribute to the campaign. If so, please contact your local Branch Chair or our agent below. Even a few hours over the next few weeks could really make a difference. (We lost the North East Fife seat in 2017 by two votes.)

If you would like to make a donation to our campaign you can donate online at Waverley Liberal Democrats Or contact me on paulsfarthing@yahoo.co.uk

The Waverley Liberal Democrats are campaigning to get acceptable new local plans that are so desperately needed.

Volunteer to help the Waverley Liberal Democrats and help to build a fairer and better community for all of us.

Donate to the Waverley Liberal Democrats to help build a fairer and better community for all of us.