Local party members have been getting the message out on the streets this weekend, about both the forthcoming Police and Crime Commissioner election, and of course the Liberal Democrat viewpoint on the upcoming referendum on the UK's membership of the EU.

If your local branch has been out and about recently, why not let us know so that we can promote it here on the website? 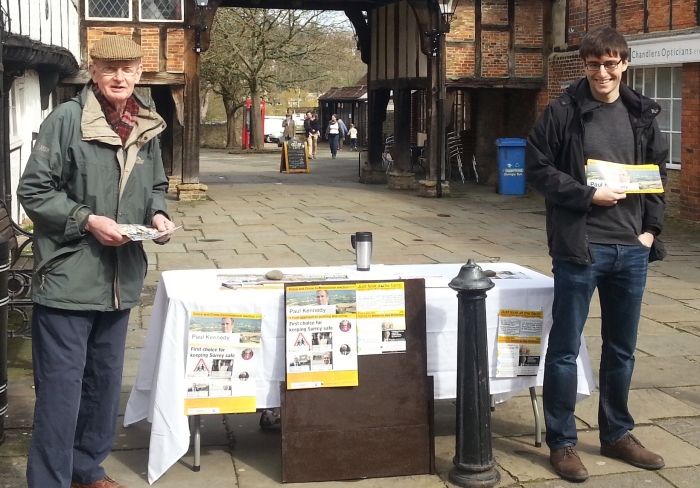 With permission from Waverley Borough Council, the Godalming branch managed to secure an official pitch for three hours on Saturday, where local party members rubbed leaflets with several "Vote Leave" campaigners who chose to hand out leaflets on the pavement, without a proper pitch. (Please let us know whether they are legally allowed to to do that. If they are, then so are we!)

Persuading people to stop and sign the petition was hard going, with most people preferring to just take a leaflet to read later, or to actively avoid a site more commonly occupied by religious groups. However, the interactions with the public were always cordial, even with members of the "leave" team!

Most encouraging in some ways was that, despite individual feelings about the UK's membership of the EU, the public seemed very comfortable with separating the two issues in their minds. Many people who cheerfully told us they were "Brexiteers" stopped to talk about the issues with the Surrey PCC election, and took leaflets on that issue to study carefully.

If your local branch has been out and about recently, why not let us know so that we can promote it here on the website?